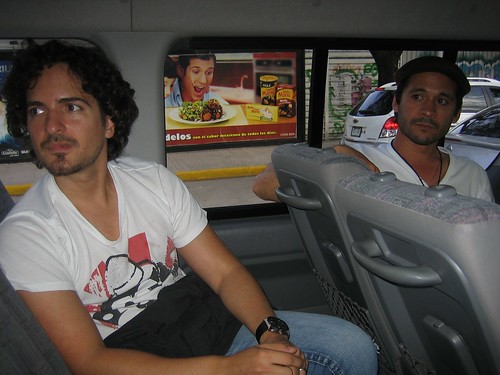 Berklee Canta headliners and songwriting contestants became visible on Monday, and mingled with the small community of Berklee staff who were dispatched to Mexico City to work behind the scenes on the concert. Tommy Torres and Rique Colon, among others, rode in a van headed for a rehearsal space rented for the backing band to make an initial run through the songs with some of the performers.

Torres, whose profile gained a bump this spring after he appeared in a high-profile ad for Banana Republic, finds himself performing these days in Puerto Rico and Mexico, where he says a singer needs to take care during long shows because the high altitude will deplete one’s air faster. He also thinks he may be one of the few alumni to graduate twice from Berklee: he accepted a degree in MP/E in 1992, and one in commercial arranging two years later.

Besides performing, he’s spending a lot of time in Miami producing other artists. One of them is 15x Latin Grammy winning pop musician Alejandro Sanz. Torres is also co-writing and arranging songs for Sanz’ next album.

Colon describes his music as having a bohemian quality, meaning he doesn’t mind when the songs inspire other musicians to join him in performance. His next concert is Friday in Puerto Rico where he has a weekly gig at a top club. He also performs for students at schools in Puerto Rico. His motive is passing along his love for music and the opportunities that education can bring. He has received grants from Berklee and the National Endowment for the Arts to help him carry out this mission. 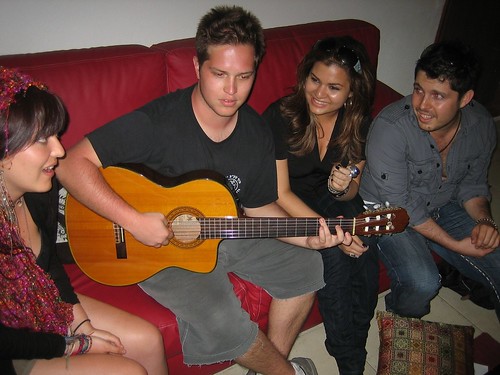 At the space, a number of the songwriting finalists were gathered, having finished their rehearsals but enjoying the company. Juliana Ronderos, who is still a Berklee student, said some of them had been in town since Sunday and had bonded over trips outside the city and singing together. Joel Waldman sat with a guitar, and performed a medley of three original songs: “Con Fieso,” “Aunque Falte el Aire,” and “Nada es Accidental,” which is the tune that made him a contest finalist. He then donned shades and paid tribute to Michael Jackson with “Man in the Mirror,” joined by Cristal Marie and Daniel Dayz, who also slipped on their sunglasses.

If there is any rivalry between the songwriters who are competing for the prize of a fully produced music video, it isn’t evident. Whatever the outcome of the judges decision on Wednesday, Ronderos, Waldman, Marie, and Dayz have already made a music video on the couch at the rehearsal space. Watch them harmonizing on the Juan Luis Guerra song “Bachata Rosa.”

The dessert cart of the Berklee songwriting experience