Any discussion on the future of artist compensation is incomplete without mentioning the potential for revenue generated by internet streaming. The performing rights organizations (ASCAP, BMI, and SESAC) collect and distribute performance revenue for the owners of copyrighted musical works. Those entities do not however collect revenue for the online streaming of sound recordings owed to owners of the sound recording copyright. This responsibility has been exclusively granted by The Copyright Royalty Board (under the authority of the Library of Congress) to the non-profit organization, SoundExchange. SoundExchange collects digital performance royalties generated by the streaming of sound recordings over satellite radio (like Sirius XM), internet radio (like Pandora), and cable television music channels, on behalf of featured recording artists, master rights owners (like record labels), and independent artists who record and own their masters.

The revenue currently generated pales in comparison to that generated by the sale of a CD or download. “While digital royalties from the streaming of music is a new and exciting revenue stream, it pays far less (per impression) than the sale of a CD or even an individual download from iTunes or other download service, “ wrote John Simson, Executive Director of SoundExchange. Simson explained that while about 70 cents of every iTunes download is typically paid to the record label or artist, it would take 650 people listening to a streamed song for that recording to earn 63 cents.

The numbers can be disheartening upon first glance. 650 “streams” could have been $650. Now, it’s 63 cents (of course streaming could lead to the sale of downloads). Still, the existence of an organization like SoundExchange working hard to monetize the work of artists in a new way is a positive advancement. It proves that many agree: artists still deserve to be compensated for their contributions to the enjoyment of listeners and music catalogs around the world – even on the web where so many things are free. In 2005, SoundExchange’s payouts to artists and labels totaled around $20 million. More than $200 million in payouts are expected in 2010. The average payout in 2005 was $700. That number increased to $2,800 in 2010. I’d say this is progress.

VP of new media and external affairs, Bryan Calhoun, says that artists can help SoundExchange by first registering. Many funds have not been claimed by artists simply because they have not registered. Second, artists can ensure that their digital music files include the correct metadata (which contains identification information like the publisher, track, and writer names) so that distributions can be made to the proper parties. He cautions against naming files “promotional copy” or “demo“ because SoundExchange needs detailed metadata to make payments.

For more information, check out: 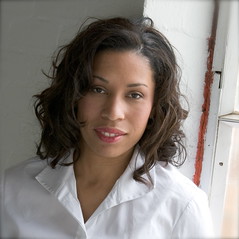