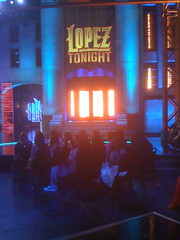 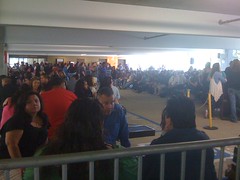 We all showed up early to the Warner Bros’ lot in Burbank. It was crowded with stand-by audience members. Luckily, Berklee’s LA students were granted VIP passes for the taping. 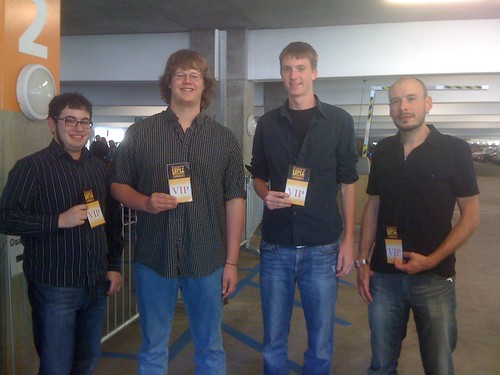 After the show, a Q&A was planned, but with the excitement of the 100th episode, students were unsure who exactly they’d get to speak with. Amazingly, the entire Ese Vatos house band came over to introduce themselves and chat with the students.

This is no low-key house band. Band leader, Michael Bearden, was the musical director for Michael Jackson’s “This Is It” tour. That gig came to an abrupt close after the untimely death of the pop icon (LA Times). Bearden brought on MJ’s bassist Alex Al and guitarist Tommy Organ to join the Lopez Tonight band.

After a long wait, 2 hours of taping and mingling with the band, the students were ready to head home. You can watch some clips from the episode here: 100th Episode.

It’s so great that interns are able to explore the city and experience the entertainment industry from many angles while in LA. The LA Program is always trying to find new ways to connect Berklee with Los Angeles. This workshop was definitely a hit! 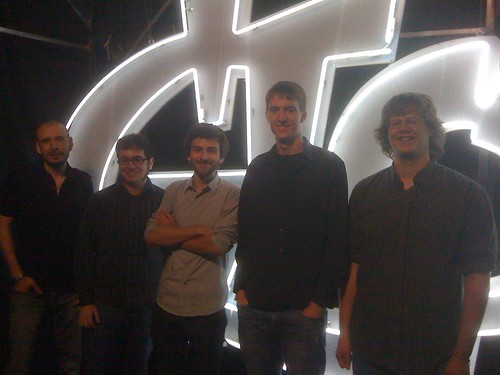