The following post was written by MP&E major and guitarist Mert Ozcan of Ankara, Turkey, who was among a group of students selected to visit two London recording studios: Abbey Road and British Grove Studios.

A month before the semester was over Berklee gave me the best going away present it possibly could. I was taken to London for a week to spend two days at Abbey Road and three days at Mark Knopfler’s British Grove Studios. The experience was amazing to say the least—and I mean the word in its literal sense, not like when someone calls a basket of chicken wings amazing.

When I first got the email from Dan Thompson, assistant chair of MPE, with the subject line “Congratulations” I don’t think I fully comprehended the situation. I was working on my final production for MPE and a couple of freelance gigs so I didn’t have time to really think about what was going to happen, but the moment I stepped outside the plane at Heathrow it all became very real. To be in London and to be working with these legendary producers at these legendary recording studios is like our wildest dream. And it actually came true.

Students and faculty at Abbey Road

Just as if it wasn’t enough to be there to take it all in we actually got to get involved and contribute to the sessions. Daniel Bitran Arizpe and I were Pro Tools operators for David Hentschel at Abbey Road on our second day. Twice I captured a performance when the musician wasn’t aware that we recording, and he was just trying different things. Both of those times David asked me if I had it and I was able to say yes. That felt pretty good because it’s really hard to recreate a performance that happens accidentally. The sessions at British Grove were even more inclusive: Hugh Padgham was open to all of our ideas and we all had some input in the production. On top of that we got to perform on the tracks as well; Chelsea, Brad, and Annette sang background vocals, Andy played percussion. The experiences we had and the things we learned by working with these iconic producers at these top of the line studios were invaluable.

Apart from the sort of professional experiences, if you will, the personal experience of just being in London was also incredible. It was my first time going there and I don’t think I would have been able to go there for a very long time if it wasn’t for this trip. I tried to get the most out of the city and the culture by going to a new place every day and doing something different. We hung out with the artists after the sessions as well and built a relationship. I don’t think anybody on this trip is ever going to forget about it or lose touch with anybody who was involved.

This was truly a once in a lifetime experience and I feel extremely lucky and grateful to have been a part of it. The fact that this is going to be an annual trip is incredible and I’m so happy for whoever gets to be next. 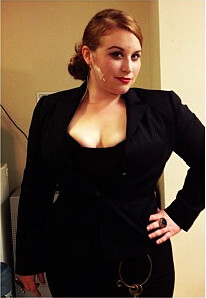 END_OF_DOCUMENT_TOKEN_TO_BE_REPLACED

Q: I’m a performance major. Why would I want to do an internship?

At a school which fosters musical creativity like Berklee, students occasionally lose interest when we explain that most of our internships take place in a business setting- particularly if the student’s major or personal career goals are centered around performing. You can almost see them thinking, “Right. I want to stand up on a stage, not sit behind a desk. I think I’ll pass…”

It’s an understandable reaction when a student is (and should be) so engrossed in their music. That’s the most important thing, right? Of course. But ask any (successful) musician and they’ll tell you that being a professional, earning performer requires a surprising amount of business finesse.

It makes sense, doesn’t it? As a performer you’re running a small business, selling your music and yourself as products. You’ll handle contracts, build professional relationships, and perhaps produce, market and sell your own work. To see what I mean, check out this interview by one of our former interns, Gary Lazzara, when he interviews Berklee grad and Black Eyed Peas collaborator Keith Harris. Even if you outsource these necessary tasks, you leave yourself in the trust and mercy of promoters, marketers and agents.

With the way the industry is shifting these days, the tendency leans more and more towards a do-it-yourself model. So you better know at least a little bit about those aspects of your future career that aren’t exactly musical in nature. And what better place to learn the tricks and traps of the trade than from the inside? Why not work at a marketing company, a venue or a booking agent to learn skills for yourself and become a wise consumer of those services?

Ted Kurland Associates is a top Boston agency which books for the likes of  Pat Metheny, Keith Jarrett, Chick Corea, Miles Davis and Sonny Rollins. See what their Director of Marketing, David Greenberg has to say about getting the inside info (1:23) during a recent interview:

END_OF_DOCUMENT_TOKEN_TO_BE_REPLACED

Common Questions: Where Can I Intern?

Q: Where can I intern?

We often have to ask for a bit of clarification when a prospective intern asks this question. Often, they are either asking about the geographic placement or the industry field in which they will intern.

To begin with, Berklee interns can intern, geographically, anywhere. We have three summer-specific programs, The Summer Internship Programs in New York, LA and London that are specific to those areas and include an internship, workshops with local industry leaders and furnished housing with other Berklee interns.

However, we also have a major-specific internship that earns two general electives in your major and an Internship Certificate Program that does not count towards graduation but lets you get your foot in the door of an internship without taking on too many extra academic assignments. Both of these programs are offered year-round and can be fulfilled in any city, anywhere. Just keep in mind that you are on your own for housing, transportation and other logistics.