Strange Fascination: Why We Love Bowie 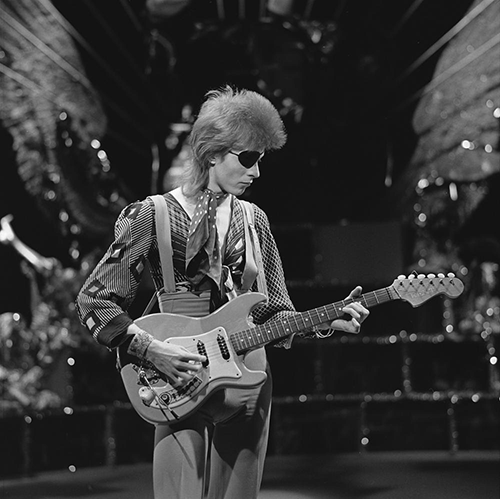 Yesterday the Berklee Digital Learning offices, like probably every other administrative office at the college, was abuzz with the news of David Bowie’s passing. As each new person trickled in for the day, the animated conversation about Bowie began anew. No one could believe it, and everyone talked of him as if they knew him. He had mattered in all of our lives.

I’m not a person who feels a personal connection to any celebrity, and call me cold but celebrity deaths rarely move me. Bowie was different, though. As I listened to my musician coworkers and watched the umpteen billion Bowie Facebook posts, I realized that he was different to many, if not all, of us. It only confirmed what I wrote when I first heard about his passing: That we mourn Bowie’s passing not just because of who he was and what he did, but because of what he represented. To me, Bowie represented unbridled creativity and the power of authenticity.

In May of 1999, David Bowie offered our graduating class humor, advice, and inspiration in his Commencement address. “[Music has] been both my doorway of perception and the house that I live in. I only hope that it embraces you with the same lusty life force that it graciously offered me.”

RIP, David Bowie. It’s a sad day, but your music, words, and inspiration live on.