As you heard recently, Dave Samuels, a former longtime faculty member in Berklee’s Ensemble Department, passed away on April 22 at age 70 after a long illness.

Dave was a renowned vibraphonist and percussionist who was best known for his work over several decades with the band Spyro Gyra. He was also a member of Gerry Mulligan’s sextet, and had played with musicians such as Carla Bley, Frank Zappa, David Friedman, and Paul McCandless. He cofounded the groups Double Image, Gallery, and the Skylight Trio, and released several solo albums throughout the 1980s and 1990s. 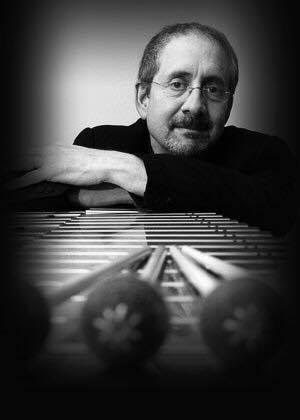 “I had the good fortune of knowing Dave as a teacher, colleague, and friend, as well as having shared the stage with him,” said Victor Mendoza, a professor at Berklee’s campus in Valencia, Spain. “Through Dave, I learned that it was possible to follow my passion and make a living by playing an unusual instrument like the vibraphone. He was an unassuming, sweet, and supportive friend with a hilarious sense of humor. Whenever we spoke, it was always about the music we both were working on, mallets, mallet instruments, being happy, and food.”

In 1993, Dave cofounded the Caribbean Jazz Project with Paquito D’Rivera and Andy Narell. The project became his primary musical outlet, winning a Grammy for Best Latin Jazz Album (2002’s The Gathering) and a Latin Grammy in the same category (2008’s Afro Bop Alliance).

“Dave was not only a great musician and educator,” said Ed Saindon, professor in the Percussion Department. “He was also a wonderful person with a good heart and unique wit. He certainly made his lasting mark in music and the field of music education.”

“No words can truly describe Dave’s artistic greatness,” said Marcello Pellitteri, professor in the Ensemble Department. “I noticed how devoted he was to his family when we used to talk about our daughters attending Berklee, and when he introduced me to his dad. Dave’s legacy goes on strong, and through his music, he will continue to move us.”

At Berklee, Dave was an instructor from 1972 to 1974, and then an associate professor in the Ensemble Department from 1995 to 2016. He taught courses including Small Band Jazz, Contemporary Mallet Percussion, and Standard Jazz Repertoire 2.

“Dave’s work at Berklee was a mirror image of his musical life and career,” said Alain Mallet, professor in the Ensemble Department. “His pedagogy also reflected his childlike wonderment for all musical styles with an Afro-Hispanic tinge. Standing proudly on the shoulders of giants like Tito Puente and Cal Tjader, Dave carved a unique place for himself in the pantheon of Latin jazz mallet percussionists.”

Dave’s family will host a memorial service this Saturday, May 4, at 1:00 p.m. at the Community Church of New York Unitarian Universalist (40 East 35th Street, New York, New York). All are welcome to attend. I know I speak for our entire community in expressing our condolences to Dave’s loved ones, friends, colleagues, and former students.

We invite you to share stories and memories about Dave in the comments below.

Why Missy Elliott’s Honorary Doctorate Means So Much