Berklee Blogs highlights the experience of Jaclyn Sanchez, a dual major in Music Business and Music Production and Engineering interning with The Record Company as it grows from a small idea to a an important asset in the Boston youth music community. Today, Jaclyn tells us how she saved the studio from a “plumbing malfunction” and learned valuable lessons about finances and negotiation…

It has been a hectic two weeks! Matt, the Executive Director, entrusted me with my own set of keys to the studio to be able to lock up and load in on my own. I felt so honored to be trusted with that sort of responsibility.

Life has a funny way of rewarding you though: The day Matt gave me the keys he had to leave early, so I had to lock up when I was done fixing cables. As soon as he left, I decided to use the restroom… Coffee can be a bit harsh on the stomach. To my surprise without enough time to even get my hands wet to wash them, the toilet began to overflow. As I rushed to grab the plunger immense amounts of water kept gushing out– a plunger was hopeless. I couldn’t find where to shut the water off. I immediately called Matt and asked ” WHERE DO I TURN OFF THE WATER?!” It was under the kitchen sink. The immediate danger was the amount of water that was spewing out into the live room and classroom, with the cables from the computers in the classroom.

I ran and slipped, but was able to save the equipment and avoid possible electrocution. It was unimaginable the amounts of water that came out of that toilet in less then 10 minutes. Matt returned and the task of getting rid of the water began. From throwing kat litter on the water, to vacuuming the water into buckets, to using all the rolls of paper towels. By 5 pm the studio was ready to be back in business, just in time for the 7:00 pm client.

To my relief the toilet valve was broken, so this could of happened to anyone. It was not my fault! We were actually grateful that this happened to an intern or someone who works at TRC. Because who knows what a clients reaction would of been and if they would of been intuitive enough to save the equipment or even the fact that it would have ruined their session completely.

So my huge accomplishment came with a huge impression! All we could do was laugh at the situation and be grateful there was no damage.

Otherwise, things have been pretty great! Lots of preparation for the B-Room. The studio is expanding. We are building a new studio and classroom. It has been exciting to see how this process actually works. A lot of negotiating with landlords about rent, the fire department about fire codes, the bank about loans. I am very impressed at how Matt runs and manages TRC. I am learning a lot about negotiating and being smart and honest about your stance.

The biggest threat to the B-Room was rent. During the negotiations for this, the biggest lesson I learned was from advice Matt’s father gave him about this negotiation. Which was “You have nothing to negotiate if you can’t walk away.” Which meant possibly walking away from something that seemed so crucial to the growth of the studio, but being smart and taking on a rent amount that would, in the end, hinder the company was a very difficult thing to watch and observe. Putting myself in his position, I realized that my personal tendency is to take risks at all costs… which in the business world is not smart.

It was eye opening to see Matt make such an informed decision. He obviously is taking risks, but smart risks…he knows what he could handle rent wise. Observing this made me reanalyze my own views on my own personal economy and how to apply it to my future career negotiating skills. Especially since I want to be freelance engineer, negotiating my pay is going to be crucial to my success.

The good news is we got the price we wanted for the new space for the B-ROOM. Demolition should start soon, which will be exciting to see a studio built from scratch! 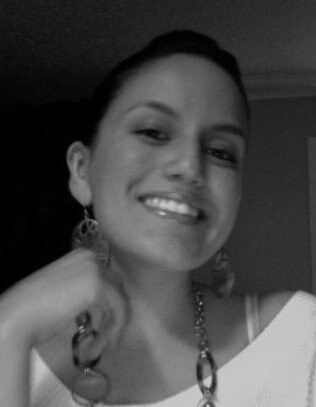 Jaclyn Sanchez is a Miami native of Cuban and Ecuadorian descent who identifies herself not just as a vocalist, but also as a musician, engineer, and entrepreneur. Jaclyn developed her talents and skills at the Frost School of Music at the University of Miami. Jaclyn’s innate entrepreneurial spirit and desire to give back led her to create Just Relieve, a non-profit intended for raising awareness and funds for charities through the arts. Despite the amount of growth Jaclyn developed musically and the success of Just Relieve’s first event, she knew in her gut Berklee was where she belonged. She re-auditioned in the summer of 2008 and received a partial-scholarship to attend Berklee. Jaclyn resigned from her own organization to follow her dreams at Berklee. Currently, she is in her last semester as dual major in Music Business and Management and Music Production and Engineering. Jaclyn has also engineered a variety of projects and two full-length albums. She is also the lead singer in one of Boston’s top wedding bands, Boston Common Band. She intends to keep her desire to raise awareness, funds, and relief through her own music and career as a freelance engineer.