Berklee Blogs follows up with Florenza Campos, Brazilian-born singer-songwriter, Professional Music major and recent intern at Universal Music Latin. In part II of a two-part post, Florenza tells us some of the central lessons she learned in her internship- and how they prepared her to tackle her future career

Working at Universal has helped me so much in understanding the business I want to get into. It has made me grow in so many aspects as an artist and music business professional. Working directly with artists, I have seen what it takes to make one, and how an artist stays successful in this difficult industry. I understand the stress and struggles one has to go through to make it, and it’s not something that happens overnight, but with years of dedication and hard work.

There is also a lot of patience involved, which I have learned over time myself. As a business professional, I have seen what it takes to work directly with artists, and have listened to enough demos to distinguish which musicians are ready to be artists. I can finish any task at hand at a good pace, and have learned how to do anything my bosses ask of me. I have learned to be dependable and loyal to the company, which I believe are very important aspects to work in this industry.

The office is an incredible environment to work in, for everyone is equally treated with respect. It seems like no one is higher than anyone, and I love that. Everyone is always willing to help each other out in any way, and my co-workers have all helped me so much since I started my internship. Everyone is friendly, hard-working, and dedicated. It would be the perfect company for me to work at permanently, for I believe I have built great relationships and established a good foundation.

For my Professional Music major, I have mainly emphasized the courses Performance, Songwriting, Music Business. My internship as an A&R at Universal has helped me relate to all of these areas of study. My final project proposal was my first EP, which I worked on for almost two years, and working at Universal has helped my project develop growth, including getting contacts with DJs and record pools who have remixed and pushed my single up to top 10 on their charts for a few months! Developing such contacts is crucial for me in my future career in the business. I wish to continue on a great basis with everyone in the company to further help any future projects I may have and keep the great friendships I have made.

As I mentioned before, I have improved so much in my musical development, both as an artist and an industry professional, for I have seen and worked on both sides of the picture. I want to continue to have a positive role in the music industry, whether it is as an A&R executive or as an artist. I want to be a good influence, and treat everyone in my environment with the greatest respect, as I have learned from my supervisors.

Finally, working at universal has been a very unique, positive and wonderful experience in my career. I will always have great connections with everyone I worked with, for I believe I have made a great impact on my department. My supervisor has become very close friends with me, and is always willing to help me pursue my dream in any way he can. I will forever cherish the friendships and connections I made working here.

Wrapping Up, Part I

It’s All Coming Together 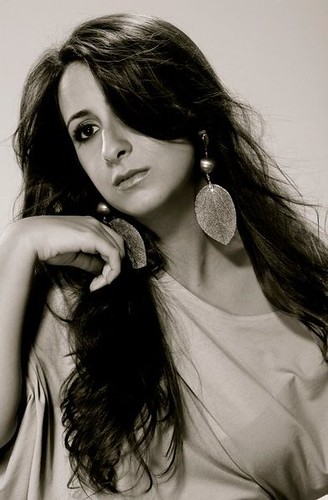 Brazilian born singer-songwriter Florenza started her musical passion at the age of 4, when she first heard her mom singing karaoke. Not knowing English yet, she would listen to and mimic the sounds of idols Celine Dion and Whitney Houston. After moving to Miami at the age of 8, she immediately began vocal lessons with Grammy Award-Winning voice coach and producer Jose Miguel Velasquez, who produced her first two demos. At 15, she was invited by legendary producer Rudy Perez, to sing background for over 25 Disney songs in Portuguese for Disney’s 100 Years of Magic in São Paulo, Brazil. In 2008, she recorded in Mix Studios in Miami, Florida, a song called “Love Me Forever”, produced and written by the Fliptones (Britney Spears, Lil Wayne), and Jason Derulo.

Her first album “Can’t Describe” is available on iTunes, along with the single “Heartbreaker” featuring remixes by The Krafters and Manny Lehman. All music was written by her and producer Sergio Marte, a fellow Berklee graduate. The “Heartbreaker” remixes have been charting top 10 for the past few months on the Latin Club Charts around the world. With that same single, she has won a spot in this year’s Songwriter’s Night at Berklee College of Music, and will be performing it at the Berklee Performance Center on April 9.

Here Is What $1 Million Looks Like in Puerto Rico

Ashley Brown: What My Internship did for Me