Berklee Blogs follows Ashley Brown as she interns at Keep the Edge Studios, an upstart recording studio in Quincy, MA

The past few weeks at my internship have been really great!  The studio had its grand opening event on February 19th, which went extremely well. The event was catered, there was live music, and everyone that came had a great time. I only stayed for an hour, but my supervisor told me the following Tuesday that there was constant traffic through the studio during the four-hour event. The event was a great way to get the word out about Keep the Edge. A couple weeks before the grand opening event, I was given the responsibility of calling local newspapers to ask about press releases. I started by researching all the local papers in the Boston and Quincy area (including surrounding smaller towns) and writing down their contact information.  Then, I called each place and asked them to put a press release in their next issue for the studio’s grand opening event.  I was honestly surprised by how many positive responses I got from people. It was a great activity for me because I’m usually afraid of talking on the phone.

This past week I’ve been working a lot with the new intern, Caitlin, who is incredibly nice. We started to put together a calendar of shows for Caitlin to go to in the Boston area so that she can talk to bands about recording at Keep the Edge. I got to walk around Berklee this past week and pick up flyers for local shows at smaller venues that aren’t so widely advertised online (which was where Caitlin was getting most of her information from). It felt good to be able to use my knowledge of local venues to help Caitlin out since she is unfamiliar with Boston venues.

I also got the opportunity to take on a new project that my supervisor had in mind. I was told that my supervisors wanted to create a concierge book (sort of like the ones found in hotel rooms) with local Quincy information. This way, bands that come into the studio to record can have a reference when figuring what there is to do in the area. The book is eventually going to be filled with information about restaurants, cab services, local hotspots, and fun things to do in the Quincy area. I’ve already put together an extensive list of restaurants, including addresses, phone numbers, meal prices, and whether the restaurants deliver or not. Judging from the amount of time it took me to list all of the restaurants, I’m assuming that this book is going to take a while. But I’m excited to finally have a solid project that I’m working on! 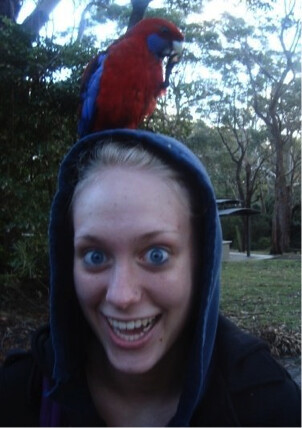 Ashley Brown is an eighth semester Music Business major at Berklee. Her principle instrument is classical piano, which she started studying at the age of eight. She is currently interning at Keep the Edge Studios in Quincy, MA where she helps with clerical work and studio marketing. After Berklee, Ashley plans to relocate to Portland to immerse herself in the local music scene. Along her cross-country road trip, she plans to see as much of America as possible in an effort to broaden her own personal horizons. Her current projects include: writing for this blog, learning ukulele, and forming her side project band, Hot and Bourgeois.

Potemkin on the Potomac