Par for the Course – Interning with a Start-up: Liam Sherry, Spring 2011

There is one sure thing about the internship program, you never know what to expect before you get there or how the whole thing will turn out in the end. For the lucky ones, it could turn into a job opportunity doing something they love. For others it could involve days filled with fetching coffee, taking lunch orders and endless copies interspersed by periods of so-called “downtime.” Most experiences, however, will fall somewhere in the middle, as did mine.

I was interning for Advocacy Entertainment, a small startup based out of Los Angeles. AE is a cause entertainment agency, meaning that our goal was to create live music events featuring bands of athletes, celebrities, or other well known non-musical people all for the benefit of charity. It’s a good concept, and it has been proven to work by the success of Band From TV, a band of television stars such as Hugh Laurie, Greg Grunberg, and Jessie Spencer. I should stress the “small” part of our business description. The company is currently my supervisor, his business partner and me, the intern. I saw this as a good thing. Because I was the only intern, my duties went beyond the simple matters of coffee and lunch, though occasionally my fetching skills were put to good use. The bulk of my time was spent managing the Advocacy Entertainment website, attempting to build a company social media presence, and writing press releases that have yet to be released.

Things with Advocacy Entertainment came to an end quite sooner than I or my supervisor expected. The plan was to have me intern in LA, helping with a project they that was supposed to help get the company off the ground. It would show the industry what Advocacy is capable of –  flagship event to benefit the Women’s Sports Foundation.

The goal was to assemble a band of all star female athletes, have them play a gig in to benefit the foundation in May, film it and then to sell the DVD. If things went well future gigs for the band would be set up. We were in the process of figuring out which female athletes would lead the band. Additionally, we already secured agreements from the professional female studio musicians who would back up the athletes and provide a solid musical base. Then my supervisor got a phone call. At the last minute the Women’s Sports Foundation decided to postpone the gig until later in the summer and cut back the funding for the project. Much of the work we did was now irrelevant, or at least not useful until the later date. That all happened about four weeks into my internship. I was able to stay busy afterward, but the postponement of this project cut my internship short.

I definitely learned a few things during my short experience with a start-up company. One is how hard it is to lock down funding. I tagged along with my supervisor on many lunch meetings with potential investors and found that people in the industry can be surprisingly flaky and inauthentic. It seemed like a meeting with an investor went well, but I later found out that the investor quickly stopped responding to emails or phone calls. I mean, if they didn’t want to invest all they had to do was say so, there is no reason to beat around the bush. Out of all the investors it turned out only one was serious. Even so, it could take six months to a year for his plans to come together. That would be great for Advocacy but until that happens the project is on the back burner. I suppose that is just par for the course in the world of start-ups. Overall it was a good experience for me. I got a taste of how the world of business operates. I’ve got something substantial to put on my resume. Something to help me secure the next internship and build my resume for the job hunt.

Interested in learning more about interning with a start-up? 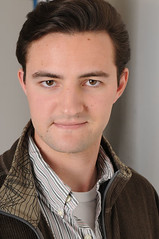 Liam Sherry is a Music Business/Management major and a drum set principal at Berklee graduating in May 2011.

He iinterned for Advocacy Entertainment, a cause entertainment start-up company based out of Los Angeles. He can be reached at wsherry at berklee dot net.

In the Mix: Alumnus Miles Walker in Atlanta